Exclusive Drone Footage From Inside the Eye of Hurricane Sam Revealed

NOAA and Saildrone Inc. are piloting five specially designed saildrones in the Atlantic Ocean to gather data around the clock to help understand the physical processes of hurricanes. (Saildrone Inc.)

History was made last week when a drone ship was sent into the middle of a hurricane in an attempt to capture unique footage. The project was launched as a joint effort by both Saildrone Inc. and the National Oceanic and Atmospheric Administration (NOAA).

The first drone of its kind was sent into the eye of Hurricane Sam when it was raging as a Category 4 storm in the central Atlantic. Sam became a major hurricane on September 25 when it reached the Category 3 designation. The specially designed drone was sent into the eye of the storm on September 30 after it had reached a Category 4 level, boasting maximum sustained winds of 145 mph.

The Saildrone Explorer SD 1045 recorded wind gusts of 91 mph when it traveled into the eye. It also recorded waves that were soaring 42 feet into the air.

The Saildrone comes outfitted with a “hurricane wing,” giving the vehicle the ability to move through extreme weather conditions. This particular drone is one of five saildrones engineered to collect data in the Atlantic basin during hurricane season.

SD 1045 is the first drone to sail directly into the eye of the storm. Prior to taking on hurricanes in the Atlantic, this type of vehicle had traveled through the Arctic and Southern Ocean collecting important weather data. This data is sent to NOAA’s Pacific Marine Environmental Laboratory (PMEL) and Atlantic Oceanographic and Meteorological Laboratory (AOML) for further evaluation.

Prior to this event, hurricane watchers had primarily leaned on aircraft flying into storms to deliver data. Unlike the drone that can be stationary delivering data in a real-time manner, these flights would only set off at designated times. This new technology using drone ships is expected to revolutionize how tropical weather experts are able to safely and efficiently collect data about storms.

Why This is Important 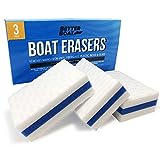 The implications of this technology are endless. By being able to gather data around the clock, this real-time information will help meteorologists to improve storm forecasting. This will deliver new insights into how a potential tropical feature may grow and strengthen.

Having this accurate information on hand will assist hurricane experts in better predicting the track and trajectory of storms as they develop over open waters. This data will then be used to provide a better warning system, potentially saving lives and mitigating property damage.

Although Hurricane Sam never did impact any land significantly, it will go down in history as one of the longest-living storms. The feature became a hurricane on September 24 after being categorized as a tropical storm the day prior. As of October 4, the storm was still a Category 2 storm with maximum sustained winds of about 100 mph.

By mid-day Monday, Sam was located approximately 800 miles east of Cape Cod, Massachusetts. The storm is moving at a fast clip of 32 mph in a northeasterly direction. Sam is forecast to continue its weakening cycle and lose its hurricane status by Tuesday.