A newly released Google Earth feature allows a bird’s eye view of the planet in time-lapse sequence. With unfolding imagery, Google Earth Timelapse tracks alterations in the terrain from 1984 to present.

A compilation of 24 million satellite images and a high-tech photo editing effort created the time-lapse video. It is the largest video in the world, according to the company. The project was a massive undertaking. It took cloud computers a combined two million hours to process all the data.

Google Earth is no longer merely a snapshot of the planet, according to Google Earth director Rebecca Moore. Specific locations are clickable and zoomable. It can be accessed in the Voyager tab of the app. Users can watch their local suburb sprawl or choose an ice cap to track. Environmental change has never been as accelerated in all of human history as it is now. Ecological change is there for all to witness.

The Google Earth app “has become dynamic, providing ongoing visual evidence of Earth’s changes from climate and human behavior occurring across space and time, over four decades,” Moore wrote in a blog.

Moore also pointed out that the app gives us a first-hand view of climate change happening. She says anyone can now see decades of ecological time unfold.

“We can objectively see global warming with our own eyes,” Moore said. “We hope that this can ground everyone in an objective, common understanding of what’s actually happening on the planet, and inspire action.”

There have been many changes to Earth’s landscape in the last half century, but none are as conspicuous as the effects of a warming planet. The Timelapse app offers a glimpse into various impacts to specific places. Most striking are areas with melting glaciers and disappearing forest land. In all, no time period in millennia have seen such rapid change caused by humans. 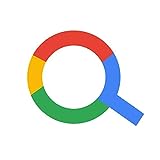 The app offers clickable views of deforestation, urban expansion, and images of a warming planet. Organized by sections, it shows decades of thawing glaciers, shrinking lakes, shifting coastlines, and rivers changing course are all viewable. Also illustrated are the tolls of wildfires and extreme weather.

One of the most striking views documented by Timelapse is the thawing of the Columbia Glacier in Alaska. Ice seems to disappear, GIF-like, pouring into Prince William Sound. The dramatic 12.5-mile retreat makes it the most rapidly shrinking glacier in the world.

The Coast of Greenland

Another stunning example of a warming planet is seen on Greenland. Four decades of gradual melt is shown pouring into the ocean in rivers of ice. The Heimdal and Garm glaciers are located on Greenland’s eastern coast.

Other significant alterations to the face of the planet are exemplified in areas of rapid expansion. In places like Las Vegas, Shanghai, and Sao Paulo, Brazil, satellite images track significant points of urban sprawl.

Looking at Shanghai, the timelapse shows the effect of China’s most populous city growing up overnight. Similarly, in São Paulo, now the most populated city in the Western Hemisphere, one can view the sprawl of thirty-seven years in seconds. Today it is one of the world’s most affluent city with about 12 million people living there.

It’s not all bad news

In the Amazon, for example, Timelapse shows pictures of healthy forests. Indigenous lands in the Amazon Rainforest have been preserved and protected by activism, policies, and land stewardship. In the images, the preserved lands are starkly contrasted with deforested areas.

Google Earth teamed up with many high caliber partners to accomplish the time-lapse video. NASA, US Geological Survey (USGS), the European Commission, and the European Space Agency (ESA) all contributed data images. Google Earth also collaborated with experts from Carnegie Mellon University’s CREATE Lab to develop the technology of Timelapse.

The USGS contributed inestimably with its Landsat program. It is the world’s oldest and longest-running Earth observation program.

The governments of the U.S. and the E.U. were also central. They contributed data by sending satellites, rockets, rovers, and astronauts into space.

In Moore’s blog, she reflects upon the importance of paying attention to what is going on in the environment. “Many of us have experienced these changes in our own communities; I myself was among the thousands of Californians evacuated from their homes during the state’s wildfires.”