To say it has been a scorcher out west over the last few days is a severe understatement. The ongoing heatwave brought the mercury to 125 degrees in Death Valley, California, on Wednesday. This reading came within 9 degrees of hitting the all-time world record for the highest temperature ever recorded. Coincidentally, the record of 134 degrees set in 1913 also belongs to Death Valley.

The heat has been pushing through the West Coast over the last several days with more unseasonably hot weather on tap for the weekend. What is most dangerous about this current heat is that it has been going on for days, straining energy systems and forcing millions of people into the air conditioning to escape the discomfort.

High temperature records have been set up and down the coast and interior portions of the west, including in California, Arizona, Utah, Idaho, and Montana. More records are predicted to fall this weekend as the mercury continues to soar.

As a result of the ongoing heat, millions of people are under excessive heat watches and warnings. Cities under watches or warnings include Los Angeles, Sacramento, Phoenix, Las Vegas, and Salt Lake City. Some areas may see temperatures rise up to 25 degrees above normal for this time of the year.

Las Vegas is another desert city that is experiencing a heatwave. Looking ahead through Sunday, the city is expected to hit at least 113 degrees for a daytime high. This reading would challenge the record set back in 1940, another sign that this heatwave is unprecedented in many ways. 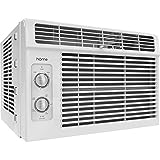 Sin City hit 116 degrees at McCarran International Airport on Wednesday, breaking the old record by two whole degrees. This reading was also just one degree shy of the all-time record. While Las Vegas has a reputation for being steamy, it rarely reaches above 115 degrees.

Other major cities that are dealing with record heat include Sacramento, Fresno, Palm Springs, and Salt Lake City.

Precipitation on the Way?

Unfortunately for those hoping for rain to cool things off a bit, there does not appear to be a high chance of precipitation in the forecast. The greatest chance for precipitation will come in the form of isolated afternoon thunderstorms possible in the higher terrain of Arizona, New Mexico, Utah, and Colorado. Unfortunately, these types of storms generally deliver little measurable rainfall. In addition, the accompanying lightning puts the region at a higher risk of wildfire danger.