The system that has been hammering the Midwest with snow and the South with ice over the last few days is slowly making its way to the Northeast, bringing the potential for more winter weather.

It has only been a few days since the Northeast was buried by a nor’easter that was packing hurricane-force winds and heavy snow. A new system is aiming to bring even more wintry precipitation to this hard-hit area by the end of the week. Unlike the nor’easter that primarily affected the coastal areas, this storm will also impact the interior portions of the Northeast.

Before the storm hits the East Coast on Friday, the area is in for relatively moderate temperatures on Thursday. The mid-Atlantic will enjoy daytime highs in the low 50s for Thursday before another Arctic air mass comes in just ahead of the storm.

The Arctic air that sent the mercury plummeting on Tuesday and Wednesday in the Midwest will make its push toward the east to close out the week. As it journeys eastward, the wintry precipitation will come along right behind it. This frigid air mass is expected to stall out over the East Coast, setting up the necessary conditions for winter weather to develop.

Another difference between last weekend’s nor’easter and this new storm will be the duration of the expected precipitation. While the nor’easter was a quickly moving storm that only lasted 12 – 24 hours in most places, this system will slow down as it reaches the East Coast. This means that the snow and ice could last for up to two days in some places.

What type of precipitation that you see will depend on the surface temperatures as well as how far-reaching the cold air will extend from the atmosphere. A shallow layer of this frigid air located just above ground level will translate to mostly sleet and freezing rain. However, if the cold air extends deeper, the precipitation will primarily come as snow. Conversely, air that remains above freezing near the surface of the ground will create precipitation in the form of rain.

Because the system is expected to stall out, the precipitation will likely not change once it starts falling from the sky. This is in contrast to what is currently happening in parts of Texas where rain is changing to freezing rain and sleet as the atmospheric conditions change. 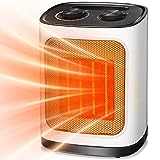 The areas most likely to see the most significant snow accumulation include the Great Lakes region, particularly the shores of Lake Erie and Lake Ontario. The heaviest bands of snow could potentially shift farther into northern New England if the system moves in that direction. Areas such as the Green and White mountains and the northern tier of New York state could see up to a foot of snow by the time the system dissipates.

In addition to the snow, some areas in the line of this weather maker will see dangerous ice accumulation. This ice is likely to accumulate 100 miles to the south and east of the heaviest snow bands. This includes parts of eastern Ohio stretching through a large part of Pennsylvania, and into the southern portion of New York State and central New England.

This ice will present dangers to road conditions and power lines. Residents will need to be prepared for widespread power outages if they live in the predicted icy zone of this particular storm.

Cities that are forecast to be in the swath of ice accumulation include St. Louis, Nashville, Cleveland, Pittsburgh, and Albany. The ice will move from west to east beginning on Thursday and continuing through Friday.

Some Areas to Only See Rain

Milder air will keep the precipitation mostly falling as rain to the south and east of the wintry precipitation, including the bulk of the mid-Atlantic and the southeastern corner of New England. While some areas of the central Appalachians and beyond may see a brief period of ice or freezing fog, the majority of the precipitation to the south of this area will just fall as straight rain.

Although the predicted 0.75 of an inch to 1.50 inches of rain would not usually lead to travel disruptions, this amount of rain on top of the melting snow may trigger isolated flooding. In addition, the bitter cold that has been in place over the last few weeks has caused many waterways to become icy. As the predicted rain falls on this ice, it may melt and lead to more flooding problems. Additionally, another predicted surge of Arctic air at the tail end of this system could cause standing water from rain to freeze over.

Fog may also present an issue. This pervasive cold fog could lead to massive travel disruptions across many of the nation’s busiest airports, including Chicago, Dallas, and Detroit.

Temperatures are forecast to hover at freezing or below for much of the East Coast through the weekend. This will stall the cleanup efforts as storm after storm continues to pound the region.