What was supposed to be the less severe snow storm of the week has already been blamed on at least two fatalities as residents in the Northeast grapple with the wintry weather. Here is the latest on the deadly snowstorm that has hampered travel and brought life to a halt in some of the hardest-hit areas.

The two deaths came at the hands of vehicular accidents blamed on treacherous road conditions. One fatal crash was reported Sunday evening in Worcester, Massachusetts with another accident happening in West Warwick, Rhode Island. Both accidents were attributed to poor driving conditions due to the weather.

While there were two other fatalities reported in car accidents in Massachusetts on Sunday and Monday, authorities said it is unclear if weather was a factor. In addition, New Hampshire State Police said that they had already responded to nearly 100 crashes and stalled vehicles by 5 am local time Monday. The situation only got worse after the morning commute.

Officials in New Hampshire lowered the interstate speed limit to 45 mph as a result of the snow and icy conditions. Winds and low-lying clouds also created poor visibility in many areas.

Conditions were also particularly treacherous in Maine with state police confirming that they were responding to dozens of crashes during the morning commute. Similar to New Hampshire, the conditions triggered a speed restriction of 45 mph along a portion of Interstate 95. Lastly, residents of Massachusetts also saw the implementation of speed restrictions across parts of Interstate 90.

The situation only got worse as the day continued. Many areas of the Northeast saw snowfall accumulations of over one foot by the afternoon commute. For instance, Meredith, New Hampshire reported 14.5 inches of snow by Monday afternoon.

The snowfall totals were slightly lower in areas to the south. Connecticut and Massachusetts both saw widespread snowfall accumulation of 6 inches or more. Pennsylvania also saw accumulations reaching about 5 inches in the hardest-hit regions. 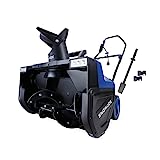 The wet and heavy composition of the snow brought down tree limbs and power lines, leading to widespread power outages. Well over 70,000 customers were without power at some point on Monday in New Hampshire, Massachusetts, and Maine.

The snow also led local officials to cancel school for many districts throughout New England. This was in addition to the numerous two-hour delays put in place Monday morning for a large part of upstate New York.

The entire nation could see the snowstorm unfolding live by simply tuning in to Sunday afternoon’s NFL playoff game when the Buffalo Bills hosted the Cincinnati Bengals in the divisional round. Field crews worked furiously to remove the snow prior to kickoff, however, the flakes continued to fly throughout the entirety of the game. Unfortunately for the hometown fans, the snow was not enough of a deterrent for the Bengals to pull off the win and advance to take on the Kansas City Chiefs next weekend in the AFC Championship game.

More Snow in the Forecast This Week

More snow is on the way with what forecasters are warning is setting up to be an even more powerful winter storm. This next system is forecast to move into the interior Northeast by Wednesday or Thursday. While the snow is not expected to fall across the Interstate 95 corridor, areas to the west could be in for significant accumulation.

This weather maker will get its start in the Midwest on Wednesday morning before moving through the Ohio Valley. Cities in the line of fire for this system include Indianapolis, Chicago, Detroit, Pittsburgh, and Buffalo. Be sure to stay abreast of the developing storm in the coming days if you live in the potential impact zone.