Over 150 Million Americans in Crosshairs of Massive Winter Weather Maker

It is anticipated that over 150 million Americans are going to be impacted by a powerful storm system that is pushing through the bulk of the eastern half of the nation this weekend. This late-season blast of winter weather will bring a mix of snow, rain, wind, and dramatic temperature swings.

The weather maker will be quite the shock to a region that was enjoying springlike conditions with record-high temperature readings over the last week. The storm is predicted to intensify quickly, delivering a potent but fast dose of winter weather. The northeastern corner of the U.S. will see the most significant impacts from this system.

You may want to think again if you have travel planned for Saturday. Forecasters are predicting a slew of flight delays and cancellations. Even if you are not flying in and out of the impacted area, the ripple effects of some of the nation’s biggest hubs being impacted will be felt nearly everywhere.

While the far eastern half of the system will be full of warm air that brings heavy rain, flash flooding, thunderstorms, and the chance of isolated tornadoes, the cold air coming in from the west will eventually merge with this warmer air. This clash will create heavy snow and localized blizzard conditions. As the mercury plummets, standing water from the earlier rain will also freeze up and cause treacherous road conditions.

The good news is that this system is predicted to move through the area quickly. The heaviest snow will wrap up in just 8 to 12 hours with coastal areas likely only seeing a few hours of flakes flying.

However, the intensity of the storm will mitigate its short duration. Residents in an area stretching from Kentucky through Maine need to be wary about heading out on the roads on Saturday. In addition to the blowing snow, the freezing of standing water will create mass headaches on the roads. The bottom line is that this is not a good day for a road trip if your travels are taking you through cities such as Lexington, Pittsburgh, and up through upstate New York and New England. 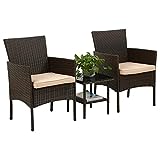 The storm will get its start in the central Gulf Coast before moving up the Eastern Seaboard throughout the day Saturday. Moderate to heavy amounts of snow will fall over the Appalachians before reaching cities such as Washington, D.C. and New York City. While those in the Interstate 95 corridor will wake up to moderate temperatures on Saturday morning, this will soon be replaced by a shock of Arctic air. Readings will drop up to 20 degrees in just a few hours, causing any rain to change over to snow.

By the time that the sun sets on Saturday, the northern half of the I-95 corridor will be sitting at about the freezing mark. This could spell bad news for water that has accumulated on roadways and sidewalks. How slippery the roads get will largely depend on how long the snow sticks around. Some models have the wintry precipitation moving through in just a few hours. It will be a much different situation if it lingers longer.

Blizzard conditions will be possible in some areas, with the most vulnerable areas being through northern New York and into the northern tier of New England on Saturday. The most dangerous road conditions will be when the snow first starts to fall. This is the type of weather conditions that can change quickly, stranding motorists on the highway and leading to major vehicle pileups.

Some areas may even see thunder snow as this system builds. The region most likely to see the heaviest snowfall includes parts of eastern Tennessee and Kentucky, into central Pennsylvania, and up through upstate New York. This includes the cities of Knoxville, Tennessee; Charleston, West Virginia; and Pittsburgh.

The snow will not be the only story of this storm. Once the flakes stop flying, strong winds will whip around the existing snow, creating the danger of drifts. Gusty winds may instigate power outages as speeds reach 40 – 60 mph in some parts of the Appalachians and the Atlantic Seaboard.

The strong winds will also bring the temperatures down even farther. Real feel readings will drop into the single digits in areas east of the Appalachians. The higher terrains of these mountains will see real feel temperatures plummet to 20 degrees below zero.

The warm side of the storm along the Atlantic Seaboard will see mostly rain to start before the colder air moves in. Severe thunderstorms are also a possibility as the storm builds in intensity early Saturday. Some of these thunderstorms may reach as far north as New England.

Because this is predicted to be such a swift storm, conditions will begin to improve on Sunday moving from west to east.