The entire nation of Japan is bracing for impact as Typhoon Nanmadol approaches. As of late Sunday, the typhoon is measuring the equivalent of a Category 3 hurricane. The major storm is forecast to make a direct impact on southern Japan early this week, bringing heavy rain and flooding and damaging winds.

Over 8 million people have been told to evacuate in the southern and western portions of mainland Japan as Nanmadol nears closer. The typhoon made landfall in southern Kyushu on Sunday morning. As the southernmost island of Japan, Kyushu has a population of over 12 million people.

The typhoon’s central pressure reading of 935 millibars made it one of the top five strongest storms to ever make landfall in Japan since the country began keeping records in 1951. As the equivalent of a Category 3 hurricane, the storm is packing maximum sustained winds measuring between 111 and 129 mph.

It was the Ryukyu Islands that bore the brunt of Nanmadol over the weekend, unleashing heavy rain, strong winds, and dangerous sea conditions. However, the impact will shift to the mainland of southern Japan by Monday.

This part of the country can expect to see rainfall totaling 8 – 12 inches. This is enough moisture to lead to widespread flooding. The higher terrains of the country also need to be prepared for mudslides in the following days.

The areas closest to the storm’s center will also be at risk of getting pounded with damaging winds. Gusts of up to 120 mph are expected. Winds of this magnitude are expected to bring down trees and power lines.

There is also a high potential of infrastructure damage at the hands of the winds. Rough seas will also likely significantly impact shipping interests in this part of the Pacific.

The greatest risk of coastal flooding and high storm surge will come in the Kyushu province. This coastal area is forecast to be to the east of the storm’s eye.

The typhoon is forecast to lose its intensity after it moves through southern Japan, eventually becoming a tropical storm as it moves to the north of Honshu on the mainland by Monday night or early Tuesday. While the weakening will reduce the risk of damage due to destructive winds, the storm will still deliver a high risk of flooding because of the associated moisture. The central and northern portions of the mainland can expect at least 2 inches of rain, disrupting travel throughout the region.

Nanmadol Third Tropical Event in Less Than a Month for Japan

It has been a rough month for Japan. Nanmadol is the third tropical cyclone to hit the island in the last few weeks. Super Typhoon Hinnamnor came onshore in Okinawa prior to Typhoon Muifa hitting Ishigaki Island this past Monday.

What remains of Nanmadol after it moves across Japan is expected to track into South Korea. However, the southeastern corner of the country should still prepare to see heavy rain and strong winds from the outer bands of this storm. Like Japan, South Korea has also seen its fair share of tropical weather in recent weeks. This means that any additional precipitation may enhance the previous impacts.

A former typhoon from this part of the West Pacific basin is now affecting Alaska. What was once Typhoon Merbok is now a non-tropical bomb cyclone that journeyed over the Bering Sea and into Alaska starting on Friday. The western portion of the state experienced severe flooding throughout the weekend with the town of Golovin being hit particularly hard by the rising floodwaters.

Power was also knocked out to most of the town because of the flooding. The community of Newtok also saw immense flooding as the storm roared onshore. Officials warn that it may be days before the full scope of the damage is known.

Travel has been impacted due to the flooding at a number of regional airports, including Kotlik Airport and Nome Airport. Alaska Governor Mike Dunleavy declared a disaster for the areas impacted by the massive storm. In addition to the deluge of rain, the storm also ushered in damaging winds with gusts measuring over 74 mph.

The storm is now distinguished as the most powerful weather maker to hit Alaska in over a decade. Forecasters are predicting that the worst of the impacts will remain in the western and southern portions of the state. Fairbanks and Anchorage will likely just see some rain out of this system with minimal impacts.

The storm will also drop heavy snow over the interior portions of the state as it continues its transition to a non-tropical feature. The highest terrains of the Brooks Range and Alaska Range can expect to see 1 – 2 feet of snow out of this system by the time it winds down and moves to the Arctic Circle. 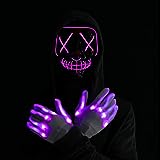