The dangerously dry Southwest is continuing to benefit from the onslaught of the North American monsoon season that began in earnest during the middle of June. According to forecasters, the daily torrential rain is expected to continue for the next several days. While this rain is proving to be extremely beneficial for the ongoing drought, the heavy precipitation also presents a risk of flash flooding, mudslides, and dry lightning strikes.

Where the Rain is Falling Now

The good news for those worried about the drought is that the region has enough moisture to produce a persistent stream of rain for the foreseeable future. The heaviest concentration of monsoonal moisture is falling over the Four Corners region of Arizona, Utah, New Mexico, and Colorado. This rain over the Four Corners is forecast to continue through the weekend.

However, the bad news is that this relentless rainfall is likely to result in dangerous flash flooding conditions. Flash floods occur when the ground is unable to soak up more moisture because it is already beyond normal saturation levels.

This monsoonal rain also increases the risk of mudslides. Three separate mudslides in the Sierra Nevadas forced the closure of a part of State Route 168 west on Monday, stranding motorists for hours.

These monsoonal storms are fueled by energy located high in the atmosphere. This energy is also responsible for the formation of isolated thunderstorms. These storms are expected to spread northward from the Four Corners region into Nevada, Idaho, eastern Oregon, and Montana by Wednesday.

Another by-product of this current weather pattern in the Southwest is the risk of dust storms. Not all of the soil in the region has been saturated with rain. Soil that is still too dry can pose a threat as thunderstorms bring in strong winds. The winds can pick up the dry soil, creating hazardous dust storms. Not only can these dust storms cause visibility problems for motorists, but they can also negatively affect the area’s air quality. 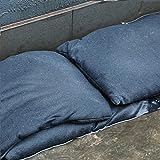 Heading into the weekend, Arizona will be in the line of fire to receive the bulk of the monsoonal moisture. The southeastern corner of Arizona and southwestern New Mexico stretching to northwestern Arizona are expected to see 2-4 inches of rain beginning Thursday afternoon and continuing through Saturday. This moisture may expand into parts of Southern California starting this weekend and lasting into the early part of next week.

It is important to note that monsoonal moisture can be extremely spotty, meaning that some areas are not seeing the rain that other areas are experiencing, even if they are located within the same region of the US. For example, while Salt Lake City is still well below normal rainfall for its monsoonal season, Phoenix is expected to surge above the average levels in the coming day