While the bulk of the Northeast will likely enjoy a relatively nice Thanksgiving Day, widespread rain is in the forecast for the busy shopping day of Black Friday. Here is what you can expect for the weather the day after Thanksgiving.

Rain to Creep Into the Northeast on Black Friday

The wettest day of the week for the Northeast is forecast for Friday, potentially impacting the plans of shoppers or travelers heading back home after the holiday. The culprit of this rain will be a fast-moving storm system plunging down from Canada. Although the heaviest rains will hold steady in the Southeast, the Northeast will not be spared the impacts.

The good news is that the part of the region that is still digging out from last week’s blockbuster snow event will not see the worst of the incoming moisture. Forecasters are calling for about a quarter of an inch of rain on Friday throughout the Great Lakes region.

This rain is predicted to begin to fall late Thursday and continue into Friday. This amount of rain should not pose any danger to roofs that are still covered in snow nor should it aggravate flooding concerns from the melting snow. The biggest threat on Friday in the Great Lakes region will be minor street flooding triggered by snow blocking storm drains.

The moisture associated with this storm system will spread into New England and the entirety of the Northeast well into Friday evening. This will keep the major metropolitan areas of New York City and Boston at risk of rain throughout the day.

An area of low pressure may set up across parts of the mid-Atlantic, bringing greater amounts of rain along the end of the front. This means more rain for the Tennessee Valley, the Carolinas, and the southern edge of Virginia. This part of the region could see rainfall amounts totaling one inch, complicating travel in cities such as Raleigh and Charlotte.

For instance, Friday’s forecast for Charlotte calls for a steady rain in the morning with skies remaining cloudy through the afternoon. The Queen City will hit a high of about 59 degrees with rainfall amounts predicted to reach half of an inch by the time the weather maker wraps up. 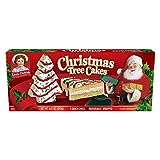 While most of the moisture will fall as rain, the mercury will drop low enough to generate snow in some parts of the Upper Midwest and the Upper Peninsula of Michigan late Thursday. The northern reaches of New England and the Adirondacks are forecast to see snow on Friday. Accumulations should be light.

Milder air is pushing into the region on Thanksgiving, helping to negate some of the impacts of the precipitation. Despite the arrival of the front on Friday, the temperature will only drop slightly on Friday. For instance, highs will drop from the 60s on Thursday to the 50s on Friday throughout the mid-Atlantic.

It will be a bit cooler farther north. New York City will hover in the 50s over the next few days. The Great Lakes region can expect to see highs in the 40s for the holiday weekend. This will provide ample opportunity for those impacted by last week’s monster snow event to dig out.

Saturday is forecast to be mostly dry up and down the Atlantic Seaboard. This will provide a window of opportunity for travel and other errands. A second round of moisture is forecast to move in from the south on Sunday over what is traditionally one of the busiest travel days of the year.