It is too early to call the Memorial Day weekend a total washout for the Midwest, mid-Atlantic and the Northeast, but the weather certainly does not look like it will be cooperating with many outdoor activities.

Slow-Moving Storm to Blame: A slow-moving storm across the central and eastern portions of the nation is being blamed for the inclement weather over much of the US. Much cooler temperatures will accompany the rain with daily temperatures on Saturday dropping to as much as 20 degrees below normal for this weekend. Some areas may even see records set for overnight lows.

Unseasonably Cold Temperatures on Tap: Cold air coming down from Canada and over from the Atlantic Ocean will sock in much of the Northeast. Record low and high temperatures dating back to the mid-1800s may be challenged in some areas as the mercury plummets.

This temperature swing will feel even more noticeable because of the unseasonably warm weather that has preceded it this week. Just last Wednesday, the City of Brotherly Love saw a high of 92 degrees, making it nearly a 40-degree temperature fluctuation in a matter of four days.

The change in temperature may be so dramatic that some of the higher elevations of upstate New York could see some wet snow at times. There are freeze advisories in place for much of the northern tier of the country.

Be Prepared for Wet and Soggy Conditions: The persistent rain has been soaking the Midwest for much of the week. This rain is forecast to trek to the east throughout the weekend. Light rain and drizzle will be the major weather event for a large swath of the country stretching along the I-99 and I-81 corridors. This includes the mid-Atlantic coast up through southern New England. This wet weather will continue through at least part of Sunday. 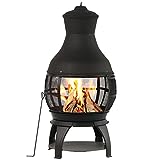 The heaviest rainfall is expected on Saturday. The areas most likely to see significant rain include Pennsylvania, New Jersey, and the New York City metropolitan area. This region may see over one inch of rain by the end of Saturday.

What to Know if Headed to the Beach: It is tradition for residents of the East Coast to flock to the beach during this unofficial start to summer. Mother Nature will not be handing out any favors for beachgoers this weekend. A persistent onshore flow will make for some rough surf conditions and the chance of strong rip currents. This is in addition to the continual rain and drizzle that will plague most coastal areas. As is usual for this time of the year, the ocean water temperatures will remain chilly.

Good News on the Horizon: The good news is that while Saturday and Sunday look to be fairly miserable, the weather Monday appears to be a bit better for all but the extreme Northeast. The clearing will likely begin for most of the area on late Sunday. Although temperatures will still be on the cooler side on Memorial Day for the Northeast, the skies will be brighter, helping to warm things up.

The exception to the better weather on Monday will be in New England. In fact, Memorial Day may bring the worst of the holiday weekend weather to areas such as Boston and the far eastern reaches of Long Island.

Nice Weather? The best weather for the holiday weekend will undoubtedly be on the West Coast. While the weekend will start cool and wet for much of the Pacific Northwest, high pressure is expected to build and deliver warm and dry conditions. The heat will increase as the weekend goes on. Temperatures will generally be warmer than normal for much of California, Arizona, Oregon, Idaho, and Washington.

The Southeast will get a break from the searing heat it has seen over the last several days. Meanwhile, it will be a rainy weekend for much of Florida, with the exception of the panhandle.