The North American monsoon season kicked off on June 15. Will the official start of the season usher in much-needed precipitation right away for the drought-stricken region?

Right on schedule, a surge of moisture is forecast to filter into the southwestern corner of the U.S. late this week. This change in the weather pattern will likely jumpstart the monsoon season, bringing in an increase of showers and storms.

The first sign of a change in the air will be a directional shift of the winds moving from west to Northwest to a moisture-rich southerly flow. This will usher in the first of the isolated showers and thunderstorms beginning Thursday and Friday.

The area most likely to see the onset of this monsoonal moisture will be New Mexico. The storms will eventually move to the west into Arizona before tracking north into the southern tier of Colorado and Utah by the weekend and into the early part of next week.

While the official start date of the monsoon season is June 15, the average start date for Arizona and southern portions of New Mexico is not until July 3. However, forecasters have been predicting an early start to the 2022 season.

In 2021, the monsoon season fired up during the week of June 15. After bringing some moisture to the region, the precipitation retreated and left hot and dry conditions until the beginning of July. 2020 saw a monsoon season that was practically non-existent thanks to an area of high pressure that set up camp over the area and blocked the moisture from moving into the Desert Southwest.

The onset of the monsoonal moisture is not expected to deliver any significant rain. Some of the storms may only bring gusty winds and lightning, actually making the threat of wildfires worse. However, forecasters are quick to remind people that these patterns of summer storms typically bring more moisture as they evolve throughout the season. In fact, the coming weeks could bring the risk of localized flooding at the hands of heavy rainfall.

What to Expect in Coming Days 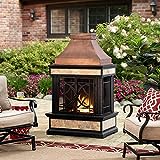 It has been an unusually warm start to the summer in the Southwest. Phoenix experienced temperature readings of 113 and 114 degrees last Friday and Saturday. It was even hotter in Death Valley, California where the mercury soared to 123 degrees last Friday.

The jet stream is forecast to dip to the south this weekend before retreating northward. This movement will trigger the development of storms complete with hail, damaging winds, and the chance of tornadoes beginning this weekend lasting through the early part of next week throughout the interior West.

The Four Corners region will be under the threat of flooding and mudslides, particularly in areas with recent burn scars. Although this rain may travel north into parts of southern Montana, it is not likely that the precipitation will impact the flooded Yellowstone National Park.

Forecasters continue to agree that the 2022 monsoon season will not be as wet as what the area saw in 2021.