The traveling might have been mostly easy on the way to grandma’s for Thanksgiving but it is about to get messy for much of the Upper Midwest and Great Lakes as an Alberta clipper brings snow to the region in the coming days.

Although winter is not officially here, it is certainly going to feel like it for much of this region of the US. An Alberta clipper is set to bring a mass of bitterly cold air and accumulating snow for a large part of the Upper Midwest and throughout the Great Lakes this weekend. For some areas, it will be the first shot of accumulating snowfall of the winter season.

A southward dip in the jet stream delivered the cold air beginning on Friday. This drop in the mercury will provide the necessary conditions for snow to set up over the weekend.

Residents out Black Friday shopping were the first ones to notice the drastic shift in temperatures. Temperatures fell into the 20s throughout some areas in the overnight hours, including a wide swath of land through Ohio and Michigan.

Stormy weather is on tap for the start of the weekend as the Alberta clipper finally makes its arrival from Canada as it tracks into the northern tier of the US.

The Alberta clipper gets its name from its origin in the Canandian province of Alberta. The storms get their start over the northern Pacific before moving through western Canaada. The clipper name refers to the speed in which the system clips through the region before dipping down into the Great Lakes and into the Northeast.

What to Expect With This Clipper 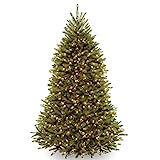 This clipper will deliver a wide band of snow starting on Saturday beginning in Minnesota and moving as far south as Illinois. The high temperatures on Saturday will hover in the middle to upper 30s for this area of the US. Because the ground is still relatively warm, it is unlikely that significant amounts of snowfall will accumulate. Most accumulation will occur on grassy and elevated surfaces rather than paved streets.

Forecasters are predicting 1 – 3 inches of snow in northern Minnesota and Wisconsin on Saturday. The Twin Cities will likely escape any measurable accumulation with just about an inch expected from this clipper.

Despite the lack of measurable accumulation in most areas, forecasters are still warning that slushy conditions may take shape on roadways. This could complicate travel as Americans set back home from the Thanksgiving holiday.

The snow will expand farther to the east on Saturday night, hitting northern Illinois before moving into the Great Lakes and into the interior Northeast. It could be a mess for Detroit in the overnight Saturday hours and into Sunday when the temperature falls. Because the temperature is forecast to dip just below freezing, the snow may begin to pile up on paved surfaces. Furthermore, the snow throughout Detroit and beyond is forecast to continue through much of the day Sunday.

The Great Lakes region will be in the bullseye for the heaviest snow amounts on Sunday with the bulk of the white stuff falling in northern Michigan and throughout the Upper Peninsula. The heaviest hit areas will see up to six inches of new accumulation by the time the Clipper moves through. Most of this will come in the form of lake-effect snow.

Although this snow will hit the Great Lakes with a fury, it looks as if the Chicago area will be spared from major snowfall once again this year. Along with the majority of the Upper Midwest, the Windy City has enjoyed a relatively mild November.

Chicago historically experiences its first snowfall of the season on November 15. While the city has not hit this benchmark yet, the clipper may finally dump some flakes onto the metropolitan area. The most likely timeframe for this to happen with the clipper will be late Saturday night and into Sunday. The best chance of snow from this system will be to the north of the city.