The 18th named storm of the season is here. The National Hurricane Center (NHC) has spent the last few days closely watching what started as a tropical wave advancing across the Atlantic. The wave formed into a tropical depression late Wednesday before developing into a tropical storm. Tropical Storm Sam is quickly intensifying as it moves through the central Atlantic Ocean.

Tropical Storm Sam is located 1,745 miles to the east and southeast of the northern edge of the Leeward Islands. Sam is packing maximum sustained winds of 50 mph as it tracks toward the west at 16 mph. The NHC is confident that this storm will strengthen into a hurricane in the coming days. Most predictions set the storm strengthening into a hurricane by the end of day Friday.

There are a number of tracks that this storm can take as it continues to strengthen. Should it curve to the north, the storm may journey toward Bermuda and Atlantic Canada. However, there is also a strong possibility that the Bahamas and the East Coast of the US may be affected by the storm.

Forecasters predict that the storm will continue to grow in size and intensity over the next few days, most likely becoming a hurricane by the end of the week. Wind shear surrounding the system is currently not strong. This weak wind shear could give the system the necessary environment that it needs to strengthen.

However, a competing system of dry air and dust may work to mitigate some of the strengthening that may happen over the next few days. How these competing systems play out will likely determine how much steam Tropical Storm Sam is able to gain.

Strength of System May Determine its Path

As is common with these types of weather systems, the strength of the system will likely determine its path through the ocean waters and toward land. For example, if the system stalls out in development, it is likely that it will track west as the present trade winds will have the momentum to carry it in that direction.

Conversely, if the system continues to intensify, it would be more likely to turn toward the north because of the natural physical forces in place as a result of the Earth’s rotation. Although forecasters are relatively certain that the system will impact the northern islands of the Caribbean, if it veers toward the East Coast or farther to the north is still uncertain.

Next Up for Names 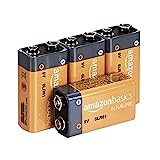 The next name storm on the list for the 2021 season is Teresa. This is followed by Victor and Wanda. Once these three names are used, the system will revert to the supplemental list designated by the World Meteorological Organization. In previous years, the naming system reverted to the Greek alphabet system when it ran out of names.

In addition to the new storm brewing, tropical depressions Pete and Rose are a thing of the past. What was once Tropical Depression Peter broke apart north of Puerto Rico late Wednesday night. It took until Thursday morning for Tropical Depression Rose to finally dissipate over the central Atlantic Ocean.

What was once Tropical Storm Odette could potentially reorganize and strengthen in the coming days. This feature is now being characterized as a gale-force, non-tropical area of low pressure. The system is currently positioned about 500 miles to the west and northwest of the Azores. This low is now starting to intensify again, giving the feature the chance to once again become a tropical storm as it churns over the north-central Atlantic. While it may encounter favorable conditions for strengthening in the next 48 hours thanks to warm ocean waters, strong upper-level winds are forecast to inhibit its growth further.