At least 45 people are dead in the Northeast as what was left of Hurricane Ida ravaged the region late Wednesday night with heavy rains, flash flooding, and tornadic activity.

While forecasters had been warning all day that the region was in the bullseye for heavy rainfall as the remnants of Ida made their way through the region, nobody could have predicted what would transpire after the sun went down and heavy rain bands moved in. The death toll will almost certainly rise as search and rescue officials continue their work.

At least 16 people died in New York City with eight of these deaths attributed to flooded basement apartments. Another eight more fatalities happened in New Jersey with an additional three individuals passing away in Montgomery County, Pennsylvania.

Three family members perished in the borough of Queens in the Flushing neighborhood in a drowning. This included the death of a two-year-old boy. Two more Queens residents were killed in the Jamaica neighborhood after a wall collapsed in their home due to the intense flooding.

Thousands of Commuters Stranded on Subway Trains and Platforms

The rushing flood waters stranded thousands of people within the largest transit system in the country when the New York City subway system came to a halt. In addition to the paralyzation of the subway system, busses, trains, and air travel also came to a stop.

According to the Metropolitan Transportation Authority (MTA), the city’s subway system flooded in 46 different locations. In addition, there were approximately 65 busses that were blocked. With the exception of the Atlantic City Rail Line, all New Jersey Transit rail service was suspended. 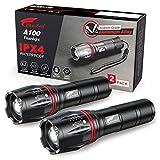 An EF1 tornado with wind gusts hitting 90 mph was confirmed in the area from Burlington County, New Jersey, to Bucks County,

The community of Mullica Hill, New Jersey, saw significant damage when a twister ravaged the neighborhood, destroying multiple homes and ripping the roofs off of others. Another confirmed tornado in Chester County, Pennsylvania has not yet been rated for strength.

It is not unusual for tornadoes to form with post-tropical features. The existing circulation of these storms provides favorable environmental conditions for tornadoes to spin into existence.

The City of Brotherly Love was also not spared in the destruction. In addition to the tornadoes popping up near the city, downtown Philadelphia was significantly impacted by flooded streets as the Schuylkill River crested at the major flood stage on Thursday morning. The river reached a measurement of 16.35 feet, just shy of the record of 17 feet recorded all the way back in 1869.

There is no doubt that this was a storm of historic magnitude. An average of two months’ worth of rain fell in less than 24 hours as Tropical Rainstorm Ida unleashed on the Northeast. There were approximately 4 – 8 inches of moisture that fell in the region stretching from southern Pennsylvania to northern New Jersey and into the southeastern corner of New York state and southern New England. What was most shocking about this storm was the rate at which the rain fell.

Officials estimate that this storm produced 70 million to 1.4 billion gallons of water per square mile over the area. This inevitably sent waterways overflowing, particularly small streams and secondary rivers that had already been pushed to their max after Tropical Storm Henri dumped heavy rains in this corner of the US. Rivers that were not able to take on the additional rain include the Schuylkill, Yantic, Conestoga, Raritan, and Passaic rivers.

The good news is that dry conditions and moderate temperatures are in store for the Northeast for the next few days. This will certainly help in the clean-up efforts.

While it may be easy to focus on the Northeast during this time, it should be noted that the Gulf Coast is still reeling after Hurricane Ida made landfall along the coast of Louisiana as a Category 4 storm on Sunday just before noon. As of mid-day Thursday, over 800,000 customers were still without power in Louisiana alone. Officials are warning that the power may be out for weeks as crews work around the clock to restore this commodity.

Residents have been lining up all week for the chance to purchase groceries and gas after the hurricane ripped through the region. Many gas stations in Louisiana do not have fuel, an important necessity to run generators. There are also many homes without water. All of this is happening as the heat index soars over the century-mark along the coastal areas.

President Joe Biden will travel to New Orleans on Friday to survey the damage from the storm. During the visit, Biden will also meet with the state and local leaders from the most impacted communities.

Earlier on Thursday, the Biden administration announced that it would release 1.5 million barrels of crude oil. The Energy Department has authorized this release from the country’s emergency stockpile of oil. The extra oil flow will help to restore the critical energy source to the region as gas stations run out of fuel in the aftermath of Ida