Meteorologists are warning that a pair of storms will take aim at the Midwest and Northeast in the coming week with the second system bringing in bitterly cold air and the chance of snow to areas that stretch well beyond the northern tier. The noticeably colder air moved into the North Central U.S.on Sunday accompanying the chance of light snow.

The cold air will remain in this part of the U.S. until another system moves into the region at the beginning of the week. The first of the pair of storms is forecast to track from the southern Plains to the St. Lawrence Valley between Monday and early Wednesday, ushering in rain to all areas in this direction. You cannot rule out a few isolated incidences of ice or wintry precipitation on Tuesday night across the central and northern Appalachians.

About one or two days later, another storm will move in from the west, bringing the potential of much colder air. This system may also deliver weather impacts that stretch farther to the south than the first storm. There is also the possibility that this system takes a deeper dive, traveling from the southern Plains on Thursday into the coastal areas of North Carolina by Friday evening.

Should the mercury fall into the mid-30s as the system moves to the east, you can expect to see the flakes to fall. While it is still too early to pinpoint with accuracy, there is a chance that this weather maker could bring accumulating snow to a large swath of the country, including the central and northern Plains, the interior mid-Atlantic, and parts of New England.

There are a number of variables that may influence who gets the snow and how much accumulation is possible. One such factor will be how far the Arctic air dips to the south and east ahead of the storm.

For instance, if the cold air moves into the Northeast and the Midwest and becomes entrenched, a large area of Nebraska, Wisconsin, Iowa, and Michigan will likely see meaningful snow. There is also the chance that this would translate to snow for areas as far as Illinois and into the mid-Atlantic states of Virginia, Maryland, and Delaware by the end of the week. Conversely, if the cold air dissipates, the snow may only fall in the Great Lakes and St. Lawrence Valley.

An area of high pressure anchored over the Gulf of Mexico may also block the cold air from tracking to the south. If this weather influence is too strong, the cold air may remain far to the north and prevent snow from extending downward. 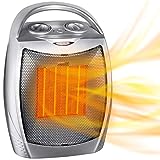 Regardless of the outside influencing factors, the second storm will have a greater potential of delivering significant snow to a larger part of the country. Cities in the potential line of fire include Omaha, Chicago, Detroit, Boston, New York City, and Washington, D.C. It is unlikely that all of these cities will see snow. Instead, you can expect the precipitation forecast to be more narrow.

Even in areas that are not under the gun for cold temperatures, the system may be powerful enough to usher in widespread heavy rain capable of triggering travel delays and other disruptions. Regardless of the type of moisture that falls, the Midwest and Northeast will be in for an unsettled week of weather.

There is also the risk of severe thunderstorms firing up in the pockets of warmer air. The bottom line is that you will want to stay abreast of any developing weather conditions over the next week if you live in the eastern half of the country with so many possibilities still in play.

Looking ahead to next week, the cold air is forecast to become even more entrenched in areas farther to the south. This will set the stage for yet another storm in the works. The position of the jet stream at the time of formation will influence if the storm moves inland or if it pushes out to see.

The long-range forecast indicates that milder air will take over in the days leading up to Christmas for much of the eastern U.S.